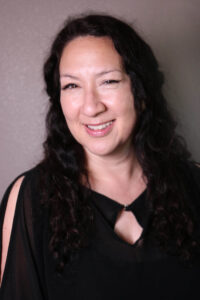 Cherie Almand rejoined the team of Samuel D. Simpson, CFP® in November of 2018 after a 16-year sabbatical. She originally worked for Sam providing administrative support and operations for his satellite office under Solomon Smith Barney, but left in the first part of 2002 to pursue motherhood upon the birth of her first child.

Fast forward to today, and Cherie is currently collaborating with Sam in retirement planning and provides additional support to his practice. She enjoys the aspect of being an integral part of a team where they are able to make an impact on the financial wellness of their clientele. Cherie has always looked for ways to help people, which most likely led to her earning a BA in Psychology from Mercer University in Macon, GA where she graduated with honors in 1992.

Cherie is married to her high school sweetheart, Randy, and they have two daughters; Waverli, an upcoming Senior in high school, and Devri who will be a Freshman. They reside in Hewitt, TX and share their home (and pretty much everything in it, including the prime spot on the couch) with two English Labradors. When Cherie is not busy chasing after kids or dogs, she and Randy enjoy freelancing in video production in their spare time.