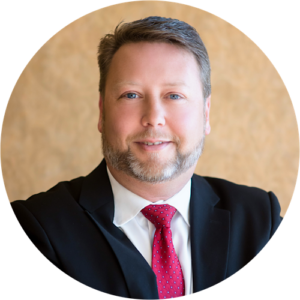 Jeff is a Partner and trusted advisor working with Capital Square, LLC since its formation and was previously with Bellwether Investment Group, LLC.  Jeff’s belief of “If you succeed, then I succeed,” drives him to provide a high level of client services.  He cares for his clients like family and strives to simplify the investment process while giving them the confidence to succeed.  His goal is to provide such great service and resources that his clients naturally become his marketing and referral partners.

Jeff is a Cleveland, TN resident where he and his wife Richelle “Shelby” Shelton raised their two boys. Guy is a digital media teacher in Knoxville, TN.  Cole attends Lee University in Cleveland, TN.  Jeff and Richelle married in 1993 in Bossier City, LA, before moving to Cleveland in 1995.  Richelle is the principal of George R. Stuart Elementary School and has worked in Cleveland City Schools since 1996.  They are members of Westmore Church of God Cleveland, TN.

Follow Jeff on social media & stay up to date on the latest news.